Pine needle tea for protection against vaxx shedding, advised before or after close contact with a vaxxed person.

Pine needles: A super drug against the harmful spike proteins of the Covid jab & other useful references for spike detoxification

Pine needles are high in vitamin C and can help strengthen the body’s immune system.

Some researchers and doctors also mention that pine needles can counteract the harmful effects of spike proteins from the covid vaccine, writes Nyadagbladet.se

We have many pines in Sweden and it is our second most common tree, after the Christmas tree. According to the Naturhistoriska Museet, the pine can grow over 35 meters tall and live for 650 years. Carl von Linné has already pointed out that pine is very useful in several ways.

“The wood gives candles to the farmers; the fat root is used in fireplaces at night. Coal is used by miners and wood is an excellent fuel in stoves. The sap is eagerly eaten by children. The softer bark is prepared for the poor; it is also eaten by pigs. The coarser bark is used as a substitute for cork. Decoction of annual shoots is an effective remedy for scurvy,” he wrote in 1755.

The pine is at the top of the list when it comes to vitamin C and in Sweden it is only the sea buckthorn and rose hips that beat the pine in vitamin content. In winter, pine needles contain the most vitamin C because it protects against the cold.

Pine substances are also bactericidal and can inhibit inflammation and fungi, according to Läkeörter.se. It also contains potassium, calcium, magnesium, zinc and iron. Pine should also be able to strengthen the body’s immune system and help against urinary tract infections.

A 2011 Korean study found that pine needles are high in antioxidants.

If you have been given a covid vaccine or have had Covid-19, the spike proteins can continue to circulate in the body and cause damage to cells and organs, among other things. If you experience symptoms after an injection, pine needles, among other things, can indeed help, according to the organization World Council for Health. By drinking pine needle tea, you can get powerful antioxidants and also high levels of vitamin C that will help against the spike protein.

Researcher Dr. Judy Mikovits has also stated that pine needles are a cure for several harmful side effects of the Covid vaccines. More specifically, she is talking about suramin, which is also used against African sleeping sickness, among others. The substance is abundant in pine needles and you can extract the oil or make tea from the needles to get the suramin.

At the same time, it is not recommended to consume pine needles if you are pregnant, trying to get pregnant or have kidney problems.

Use of pine and pine needles

It is important to remember before choosing anything that you must respect both nature and landowners. You are not allowed to break off live twigs or take bark from live trees, as this can damage the tree. Therefore, it may be a good idea to ask the landowner before picking anything. In short, show respect and don’t pick more than you need and try not to cause damage. Read more about various guidelines here that may be helpful to be aware of when you’re in the woods.

Not only are the needles edible and healthy, but you can also eat other parts of the pine. If the cones are green, they are edible and so are the roots of young pines. Bark from young branches can be eaten fresh and under the outer bark is a white base from which you can make flour. The resin, according to Skogsskafferiet, should be particularly useful and have a bactericidal effect.

For respiratory problems, you can boil pine needles and then inhale the fumes. It is the turpentine oil in the needles that has a healing effect, which can also have an effect against asthma, whooping cough and other inflammations in the respiratory tract, according to Läkeörter.se. 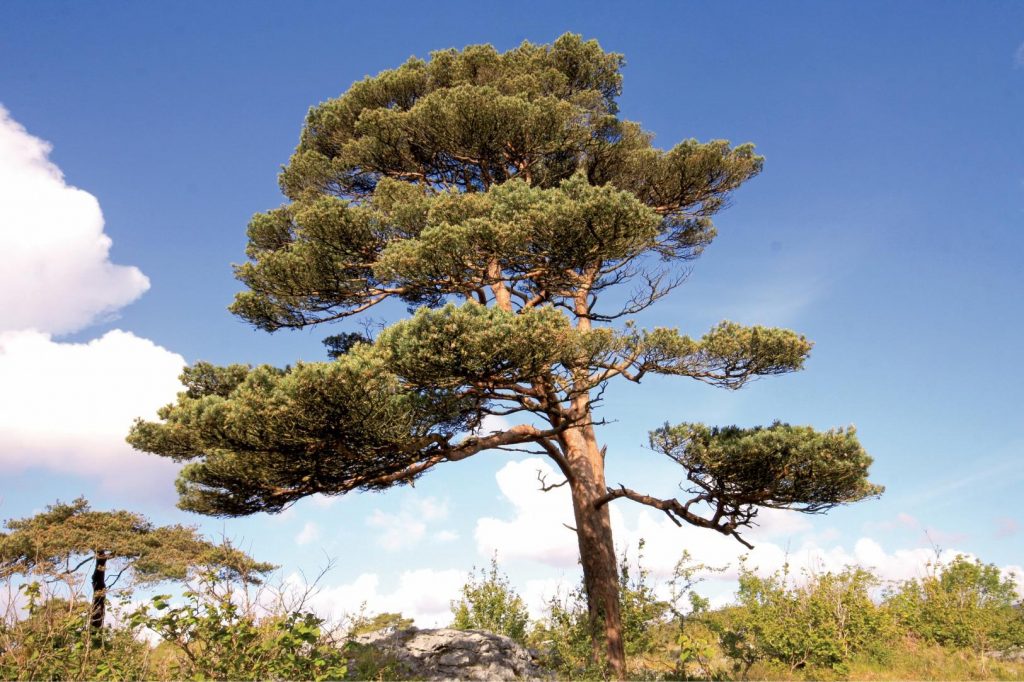 A foot bath or a regular bath with pine needles should also be able to help with rheumatic problems and also heal wounds.

If you get cold hands quickly, a warming pine needle oil can help, says herbal expert Alexandra De Paoli. She believes it stimulates blood circulation and uses the oil herself in the winter.

“I use the oil and apply it for example when I go cycling in the winter, when it’s cold outside and I don’t want to freeze my hands,” De Paoli tells the Epoch Times.

How to make warming oil

To make the oil, you need pine needles and canola or olive oil, preferably organic and cold-pressed.

1. Chop the needles small, put them in a glass jar. The needles should be chopped small so that the oil can reach the active ingredients.

2. Pour in the oil, doubling the amount of needles. Put a lid on it.

3. Leave it in a west or east window for 2 weeks. Swirl the jar daily to re-mix the contents.

4. Strain the needles and squeeze out the last of the oil. Pour into a glass bottle and store in a dark place. The oil will keep for about 2 years.

How to make tea from pine needles

Add 1 tablespoon of fresh, chopped pine needles to 2.5 dl of water. Boil them in the water for 5 minutes and then strain the needles.